Online thieves not only "targeted" customers' credit and debit card numbers at the large retailer, we found out Friday they lifted encrypted PIN numbers also.
"Our concern right now is just to make sure that consumers know that is has happened, and that consumers need to be careful," said Geoff Greenwood, communications director for the Iowa Attorney General.

Target says as many as 40 million customers who used their cards between November 27th and December 15th may have been impacted.
"It appeared to be a batch breach, and that's the worst kind because you have just the sheer numbers of people you have to deal with," said security expert Tom Conley of the Conley Group, Inc.
Target says they're "confident that PIN numbers are safe and secure" and that their PIN data is "strongly encrypted."
"In other words, the bad guys can't use the PINs unless they have the encryption key, and that encryption key was not within Target's system.  That was on the other end," said Greenwood.
That other end is an outside payment processor.  But should we still feel safe?
"The answer is no," said Greenwood.  "So consumers should still assume that it's possible their credit card and debit card information has been compromised."
"That's absolutely right," said Conley.  "There's very, very sophisticated software out there that can decrypt."
Conley says identity theft is and has been the fastest growing crime in the U.S. for a number of years.  He says it affects 15 million people every year, and costs consumers and banks about $50 billion annually.
"I'm not sure if you ever totally recover from it," said Conley.
The experts say one of the best ways to protect yourself is to be aware and diligent.

"I can't stress enough, and not just because of the Target incident, you should be doing this all the time,  (and that is) you need to keep track of your records," said Greenwood.  "It's surprising how many people use their credit card, use their debit card, and they don't look at their financial records."
Greenwood says Iowa's working with other state attorneys general to ensure Target is doing everything possible to make sure any damage is minimized.
A helpful tip for consumers: federal law states each of the three big credit reporting agencies must give you one free report each year.  Tom Conley says the best way to check your credit is to order one report every four months from a different agency.  He says that'll allow you to better keep your finger on the pulse of your credit activity.
Source: http://www.myabc5.com/story/24317588/online-thieves-stole-pin-numbers-from-target-too
Posted by The Conley Group, Inc. at 2:27 PM 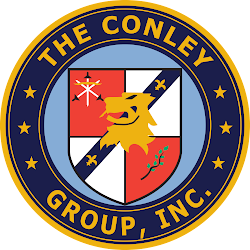